From October 2007 to December 2007, our team of four developed a note taking and note tagging smart phone app in Python that allows users to easily and quickly write, tag, and find notes on a Nokia N95 cell phone. 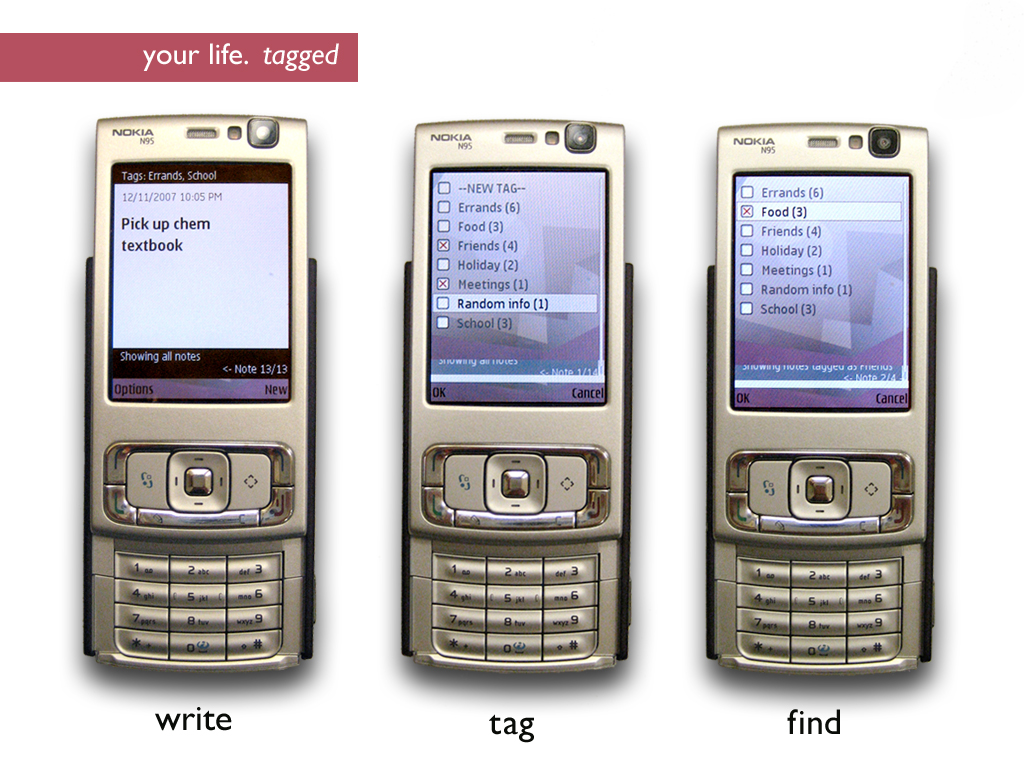 We used paper and functional prototypes to test our concept with users before developing and deploying the app in Python, which we of course tested with more users. 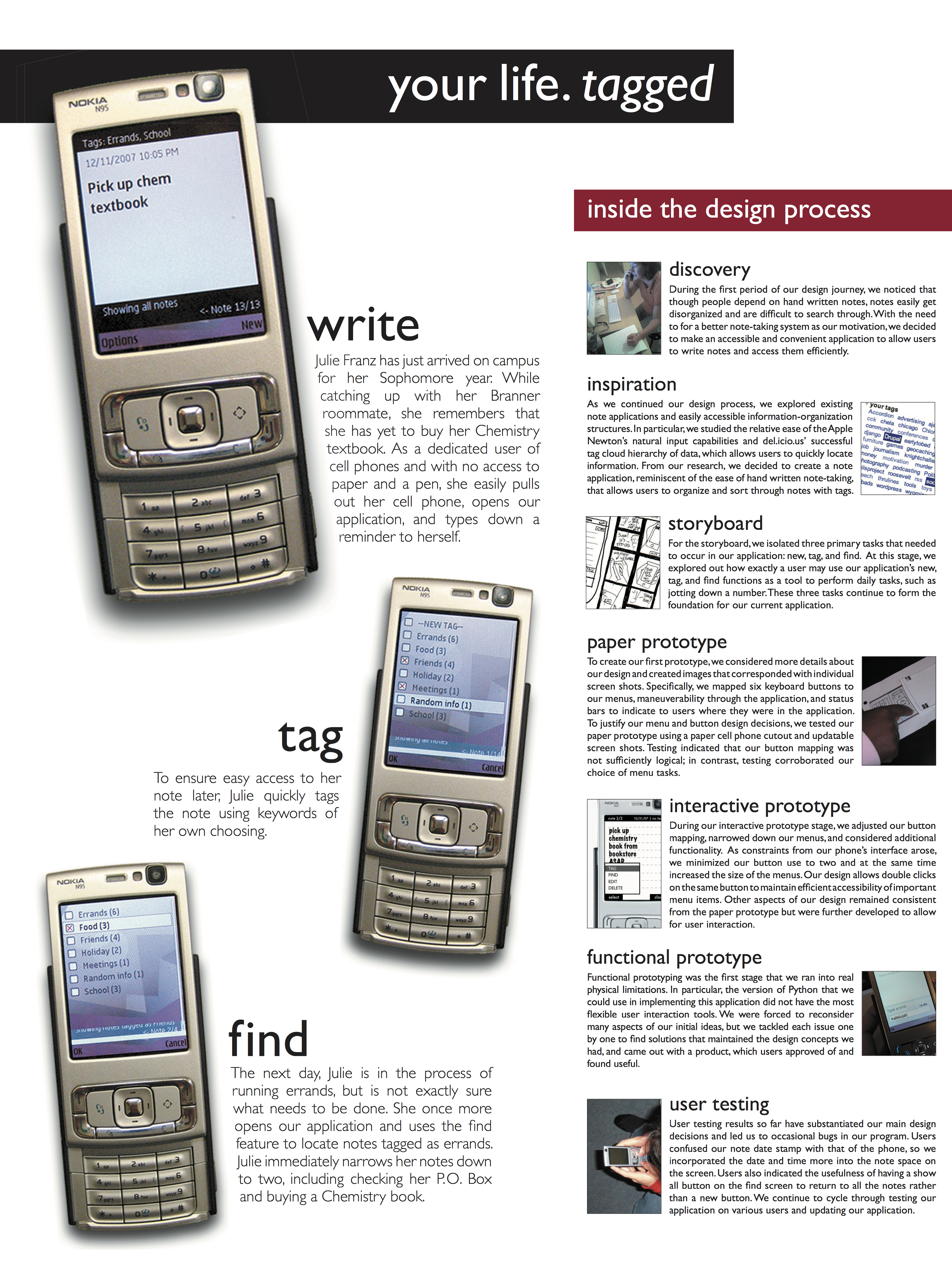